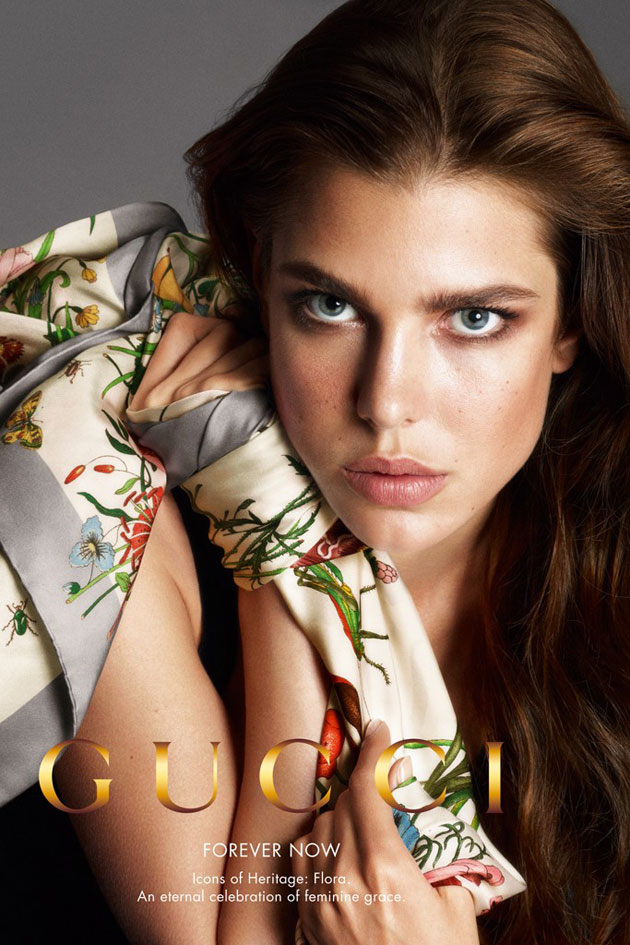 Charlotte Casiraghi’s good genes – she’s Monaco royalty and the granddaughter of Grace Kelly – surely had a lot to do with her inclusion in Gucci’s “Forever Now” ad campaigns. The “Forever Now” branch of Gucci’s business celebrates the brand’s rich history, highlighting classic Gucci motifs and reintroducing iconic pieces from the label’s archive.

In this third installment of Casiraghi’s “Forever Now” tenure, she was photographed by Mert Alas and Marcus Piggott. In one of the campaign’s portraits, Casiraghi is shown holding a silk scarf featuring Gucci’s Flora pattern, which was created in the 1960s and was also spotted on Princess Grace of Monaco, giving the usage of it in the campaign additional gravity as the print is literally transcending generations. The pattern was reintroduced to modern Gucci collections when Frida Giannini took the creative reins in 2005. 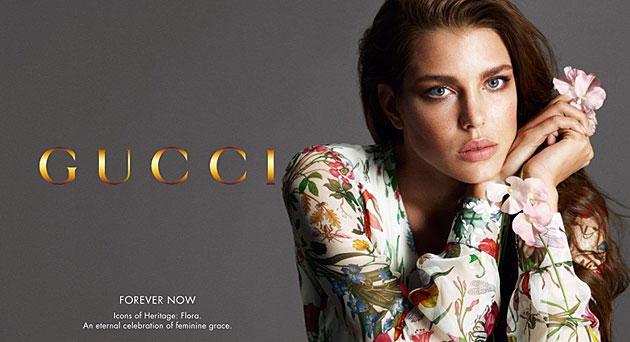 Forum members didn’t seem too impressed with Casiraghi’s current representation of the brand. “The first campaign was wonderful,” Thefrenchy noted. “Can’t say the same about this one as it is so incredibly dull.”

Street_a_Licious was also underwhelmed. “Pairing a Casiraghi with a Flora scarf? Innovative,” he quipped.

Maybe the Charlotte Casiraghi and Flora foulard combination seems obvious, but I still think she’s well-suited to the brand, and to this branch of the brand in particular. She is undoubtedly a stunning woman, and if someone’s going to sell Flora scarves for Gucci, it might as well be her.