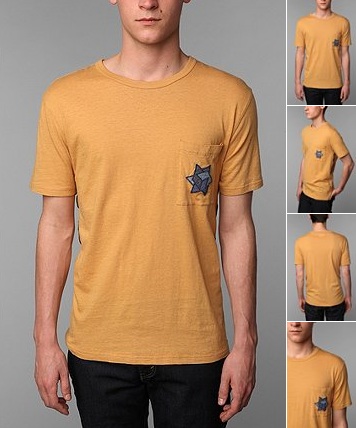 Happy Monday! Lots of people resent Monday because it puts an end to all the sleeping in and devil-may-care lounging which happens on Saturday and Sunday, but it's basically my favorite day of the working week for one very good reason: the scandals.

Saturday and Sunday see a drop-off in Internet usage, and the kinds of things which would, during business hours, provoke an outsized level of outrage for one bright hour before burning out into insignificance instead spend a whole two days stewing in their own juices. For all its drawbacks, the digital revolution has answered one major philosophical question, a question which has been plaguing thinkers for centuries, if not millennia: if something bad happens on the Internet, but no one was around to tweet it, did it really happen? The answer is yes, because weekends end but Mondays are forever.

I, for one, need a little dose of outrage to channel my energy at the beginning of the week. We could imagine a society in an alternate universe, one that was very Zen, that didn't get bent out of shape by the little things. This is not the world we live in, and woohoo. If we didn't have such a finely tuned sense of justice, such a revulsion to mass-market hipster brands, and an everlasting addiction to that little bump of adrenaline released in our brains whenever we read something that pisses us off, Urban Outfitters wouldn't have to answer questions about its moronic Jewish star t-shirt.

The Anti-Defamation League of Philedelphia has come out against Urban Outfitters' "Wood Wood Kellog Tee." The charge? Not the price — although charging $100 for a crappy t-shirt is its own kind of violation — but anti-Semitism. The yellow t-shirt features a six-pointed star embroidered over the left breast. Jokes aside, I seriously gasped when I saw the picture.

I don't give Urban Outfitters a lot of credit, but I do doubt that the item was designed as an intentional allusion to the Holocaust. American corporations would sooner identify with communists than with neo-Nazis. This seems to fit comfortably in the category of: Another Thoughtless Gaffe from the Braniacs at Urban Outfitters. The yellow star, which Jews were required to wear on their left breast as identification in Nazi Germany and Nazi-occupied territories, is one of the Holocaust's best-known symbols. Kids learn about it in fourth grade; when people say, "Never again," this is one of the things they're referring to.

And so, we've arrived at the answer to another timeless question: if Urban Outfitters distributes an offensive, ignorant t-shirt nationwide, will anyone notice?