The New “It” Girls of Celebrity Fashion

There's a new group of style trailblazers taking over Hollywood. Game of Thrones star Emilia Clarke has been earning high praise for her fashion-forward choices and is about to appear in a new Breakfast at Tiffany's Broadway production. Relative newcomer Allison Williams has certainly made no secret about her desire to be a real contender on the red carpet. Cody Horn has been cornering the market lately on dynamic, athletic-inspired ensembles, but she can also go girly and impress when it counts. Here's just a sampling of the trio's most showstopping looks. 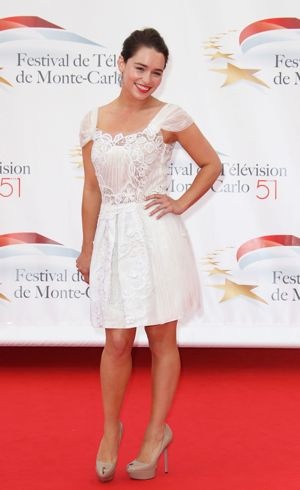 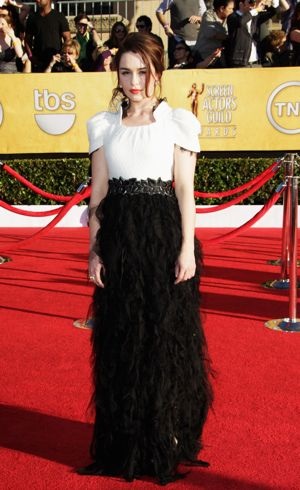 Emilia started her red carpet roll back in June 2011 at the Monte Carlo TV Festival by standing out in this ivory Alberta Ferretti Spring 2011 embroidered dress. A pair of nude Sergio Rossi Cachet pumps capped off her look. She certainly increased the wow factor at January's Screen Actors Guild Awards in a delightfully over-the-top Chanel creation. Emilia styled the black and white gown with Casadei shoes. 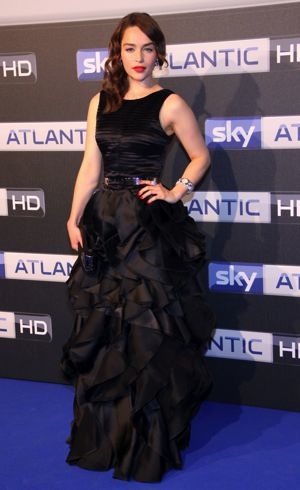 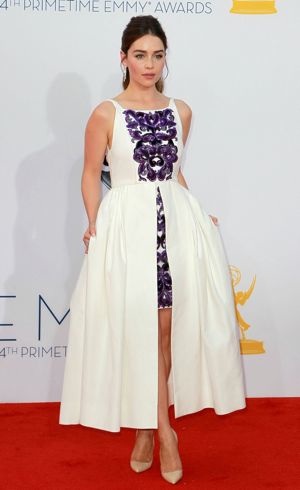 It was a dramatic Halston Heritage Spring 2012 gown with ruffled skirt for Emilia at the Sky Atlantic HD Launch Party for Game of Thrones in Hamburg this May. She accessorized with a black clutch. The charming Chanel Resort 2013 white dress with elaborate purple embroidery she wore for the 64th Primetime Emmy Awards last month was a truly stellar selection. Emilia polished off the look with Chanel jewels and nude Christian Louboutin Pigalle pointed-toe pumps. 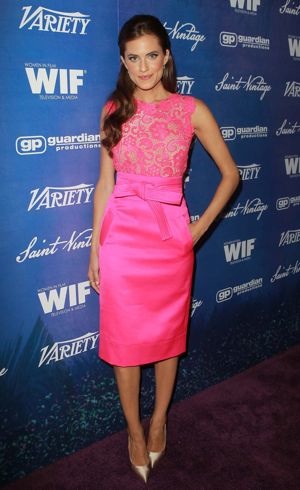 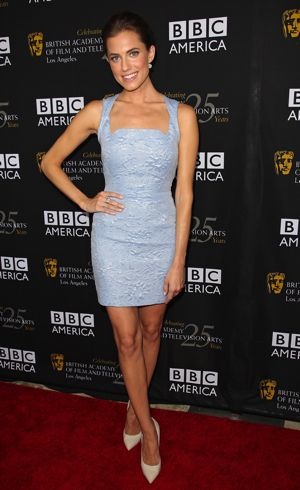 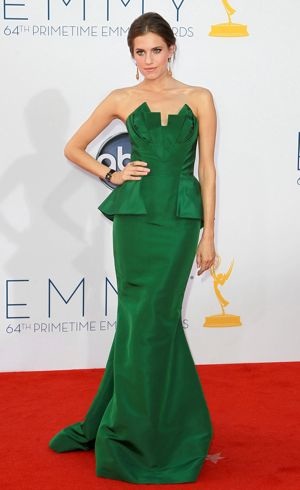 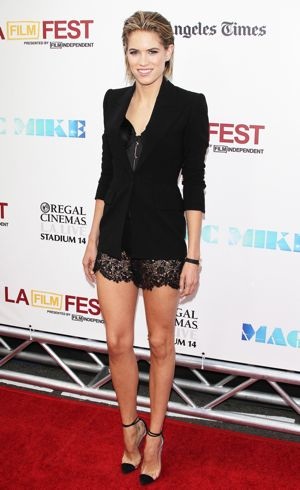 When it came time for the actual awards ceremony, Allison once again stunned in Oscar de la Renta. This structured emerald Resort 2013 gown was teamed with Fred Leighton jewelry and Brian Atwood shoes.

Cody really stepped into the limelight thanks to her role in Magic Mike. At the film's Los Angeles premiere this June, the young star opted for an edgy Jean Paul Gaultier Spring 2012 Couture look complete with lace shorts. She didn't play it safe when it came to footwear, either, choosing trendy Christian Louboutin Bis Un Bout pumps. 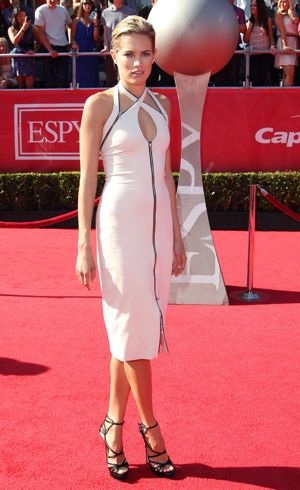 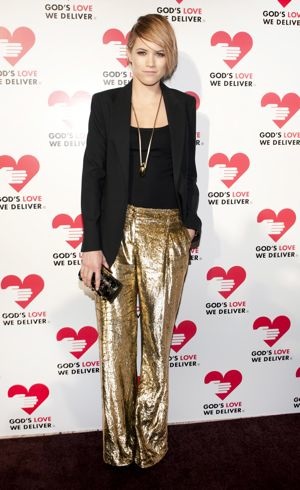 For July’s 2012 ESPY Awards, Cody embraced the athletic theme with a sporty Cushnie et Ochs Fall 2012 cream dress with exposed silver zipper accent and keyhole detail. Black Jimmy Choo sandals wrapped up her look. Earlier this month, Cody switched it up again at the God's Love We Deliver 2012 Golden Heart Awards wearing a flashy Michael Kors Resort 2013 outfit. Her black blazer and matching tank top were paired with gold pants, while the designer was also behind many of her accessories.

SHARE ON FACEBOOKSHARE ON TWITTER
Get the Look: Liu Wen’s Mixed MetallicsLook of the Day: Naomie Harris Laces Up in Dolce & Gabbana
Morgan C. Schimminger